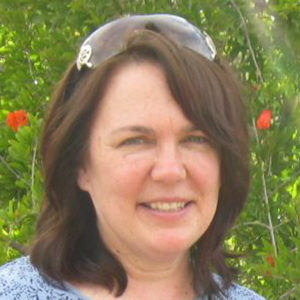 Helen Rozano is President of SmarterLab. Her background in mechanical engineering design and back office support for companies including Electro Impulse, DLB Associates, and Croll Reynolds prepared her for the unique instrumentation and process challenges of operating a company focused on laboratory automation. 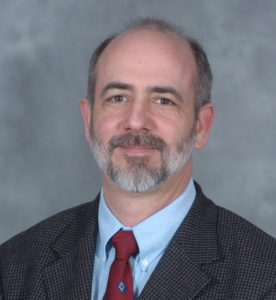 Andy Zaayenga is Managing Director of SmarterLab. He has been involved in laboratory automation and robotics since 1989, first as an engineer at Zymark (now Caliper Life Sciences), a pioneer in laboratory automation; then as founder and CEO of TekCel (now Hamilton Storage Technologies), a technology forerunner in sample management automation in drug discovery; then as Director of REMP (then a business unit of Tecan US, now part of Brooks Automation), a market leader in life sciences sample management; then as Vice President of Business Development at HighRes Biosolutions, a provider of integrated automation systems.

Andy is Executive Chair of the nonprofit Laboratory Robotics Interest Group (LRIG). Since his election to the board in April 1996 the group has grown from a regional membership of 200 to a global presence of over 12,000. He serves as a Board Director of the Society for Laboratory Automation and Screening (SLAS). He is a Board Director of the International Society for Biological and Environmental Repositories (ISBER) and is on the Pharmaceutical Industry Repositories Committee and the Marketing Committee, and serves as Chair of the Automated Biorepositories Working group. He is a member and past Board Director of the Association for Laboratory Automation (ALA), the Society for Biomolecular Science (SBS) and is a member of the Institute of Electrical and Electronics Engineers (IEEE). He served on the Program Committee of the Microplate Technology and International Conference on Automation and Robotics (MipTec-ICAR). He edited the Dmoz Open Directory Project for the categories of Laboratory Automation and Robotics; Laboratory Refrigeration and Cold Storage; Laboratory Hoods; and Pipettors, Automatic and Manual. Andy has served as an Officer of the American Chemical Society Laboratory Automation National Division. He has moderated scientific sessions at LabAutomation, Miptec-ICAR, Laboratory Robotics Interest Group, American Chemical Society, and ScreenTech meetings. He moderated the Laboratory Equipment Control Interface Specification (LECIS) Discussion Group and is on the editorial advisory board of several scientific journals. Andy holds three patents and has published as well as collaborated and assisted in several scientific papers.

His knowledge of laboratory processes and automation as well as the people and companies involved in it is extensive due to his years in the industry and participation in LRIG as well as the other focus groups.

to view his profile on LinkedIn.